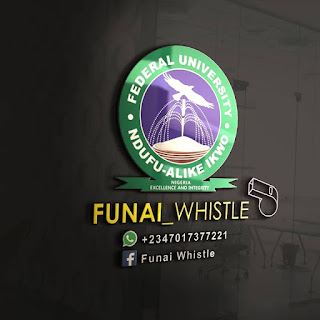 Marriage refers to a legal union between a man and a woman, where they become a wife and husband. A family refers to a social unit that consists of children and their parents. Marriage is an institution that has formed the foundation of families throughout history. However, the traditions that surround marriage ceremonies, choosing a marriage partner, as well as the obligations and rights of marriage differ from one culture to another. This paper examined the Marriage culture in Isi Uzo Community, Enugu State. For more clarification of the topic, it was broken down into chapters. Chapter one introduced the concept to be discussed as well as its early origin and definition of related terms. Chapter two deals on Marriage culture in Isi Uzo Community, historical background and religion as well were also noted in this chapter while chapter three concludes the topic discussed.

Culture is an umbrella term which encompasses the social behavior and norms found in human societies, as well as the knowledge, beliefs, arts, laws, customs, capabilities and habits of the individuals in these groups. Humans acquire culture through the learning processes of enculturation and socialization, which is shown by the diversity of cultures across societies. A cultural norm codifies acceptable conduct in society; it serves as guideline for behavior, dress, language, and demeanor in a situation, which serves as a template for expectations in a social group.

Marriage on the other hand refers to a legal union between a man and a woman, where they become a wife and husband. A family refers to a social unit that consists of children and their parents. Divorce, on the other hand, is the dissolution of a marriage by a court of law or any other competent body. Marriage is an institution that has formed the foundation of families throughout history. However, the traditions that surround marriage ceremonies, choosing a marriage partner, as well as the obligations and rights of marriage differ from one culture to another.

Isi Uzo is a Local Government Area of Enugu State, Nigeria bordering Benue State and Ebonyi State. Its headquarters are in the town of Ikem.The other towns are: Eha Amufu (where the Federal College of Education is located), Neke, Mbu, and Umualor. Isi-Uzo is a constituent of Enugu East Senatorial Zone. It has an area of 877 km² and a population of 148,415 at the 2006 census. The natives are mostly farmers and petty traders. There are also claims that the area sits on large deposits of crude oil and gas.

The natives are majority Christians but there are still those who practice Traditional religion. Isi Uzo towns of Ikem, Neke and Eha Amufu have a tradition of Odo worship. With the Igbo Etiti towns of Ohodo, Ukehe and Aku, they make up the Igbo-Odo subculture of Nsukka. The Odo is a masquerade, physically but represents a deity who affords the living a chance to commune with their dead in line with the Igbo traditional belief in reincarnation. Dr Ralph Ede Okwor writes in his book, Ikem Diaspora that "the Odo masquerade is usually and praisingly addressed as 'Odomangala', that is, 'Odo, Muo Ngala', 'a spirit of pride', 'a proud spirit', or 'a spirit that instils pride in the people it protects' indicating that as long as it (Odo) exists, people will always feel proud, happy, and confident of their security". The Odo appears once in two years, and has a masquerade cult into which young adults are initiated. Also, the Odo may walk the town unclad, and those uninitiated are forbidden to stay out on such nights. Such traditions have often caused misunderstanding between the Christians and the adherents of traditional religion.

In many parts of the world, a marriage ceremony is mainly an affair between the bride and groom, but in Isi Uzo community, parents of the couple, their extended families, villagers and towns people play active roles in traditional wedding ceremony. In the olden days, traditional marriages used to be arranged by the parents of the future bride and groom, after careful investigations into the background of both families. These days, however, young men and women are now free to choose whoever they want to get married to, with parental approval. Despite the seeming change in the method of choosing a spouse, the Isi Uzo culture has been sustained, where traditional marriage is concerned. The process involves different stages.

First, the future groom finds the lady he wants to marry and tells his parents........

*Article is free for student and researchers