FAKE BANK ALERT: HOW TO DETECT IT
Also Read 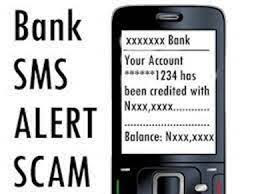 Remember there is something called FLASH FUND. A process whereby you receive a fake credit alert on your bank account.
Collecting payments through bank transfer is cool, but be selective in trusting alerts. Fake credit alert is real.
Sometimes, the money will arrive in your account and also update your bank balance, but you won’t be able to use the money, as it will disappear after some time.

How do you detect fake alert?

Before you talk about detecting fake alert, you need to know also that we have different kinds of fake alerts.

But this being easy to detect, scammers also have changed pattern on how to use this.
The scammer instead of sending the fake alert to you will send it to themselves and claim they have been debited, giving you hope that the money will arrive in your account soon as you allow them to go with the product.

Some will even give you phone number to call them if the money didn’t arrive. My dear, is phone number a means of identification in Nigeria? That line will go off forever as they leave your shop.
You being innocent will not suspect, but even if you insist on receiving alert before releasing the goods, the scammer will claim the money had been reverted and walk away.

The second alert is the one difficult to detect, because it updates your account balance. It is done using fund flashing. Tools used for this is always sold, but they are not too costly either.

This can be detected easily if you are using a dedicated bank account for receiving transferred money, so that whenever the money drops, you try to forward it to another account. The transfer won’t work as the money only appears to be in your account but not there.

I have done genuine transfers to people and see how they handle their alerts. Many will only look at the amount they received, others will only used the alert tone on their phone as confirmation.
Be vigilant.

Fake alert is real and the Apps used for it is downloaded in millions.