ASUU - No Strike Now But The Struggle Continues

ASUU 2021- No Strike Now But The Struggle Continues
Also Read 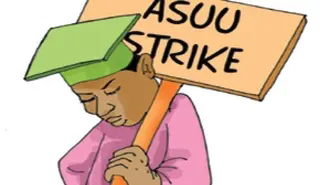 The Academic Staff Union of Universities (ASUU) released a Press Statement tagged “Enough of Blackmail” on Sunday 19th December, 2021.
The meeting held at its Festus Iyayi National Secretariat, University of Abuja, on Saturday, December 18, 2021 to review the level of government’s implementation of the FGN-ASUU Memorandum of Action of December 23, 2020 and other related matters.
Recall that ASUU had announced plans to embark on a strike over the Federal Government’s failure to meet its demands as “the magnanimity of ASUU that resulted in various MOUs and MOAs arising from the 2009 agreement has been spurned by the Federal Government.”
In the press statement titled, ‘Enough of blackmail’, signed by ASUU president, Prof Emmanuel Osodeke, the lecturers regretted that the Federal Government had turned its back on the plan to set up an inter-ministerial committee to review the draft Renegotiated 2009 FGN-ASUU Agreement. 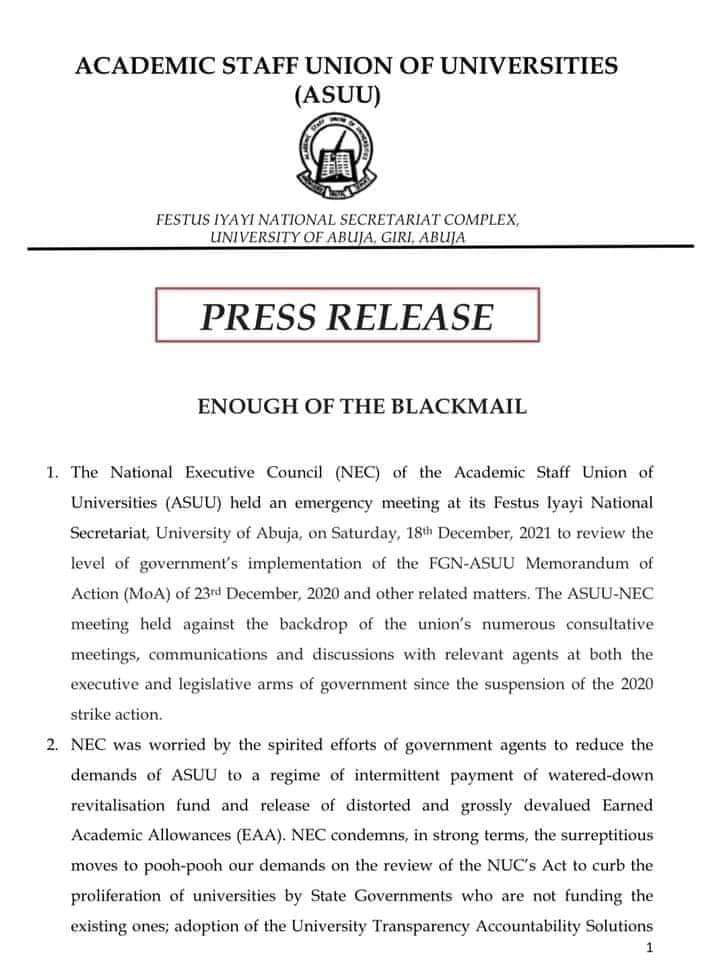 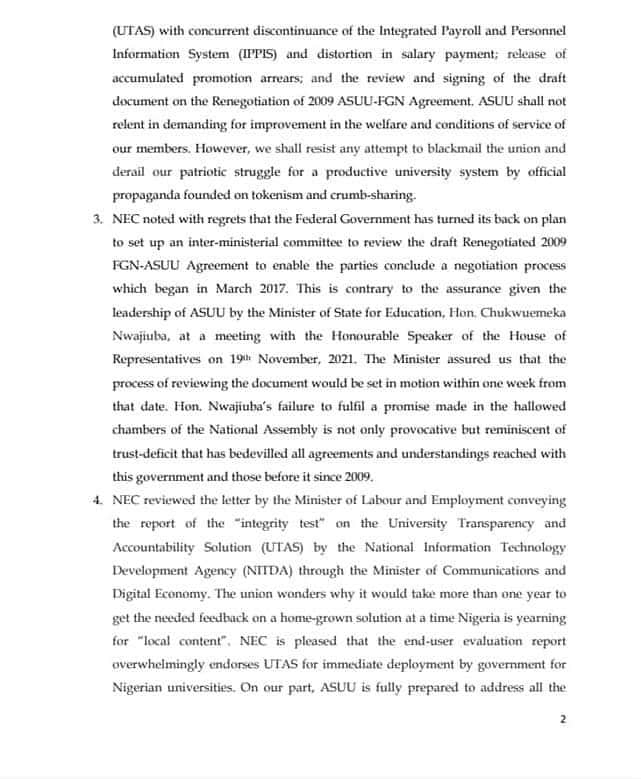 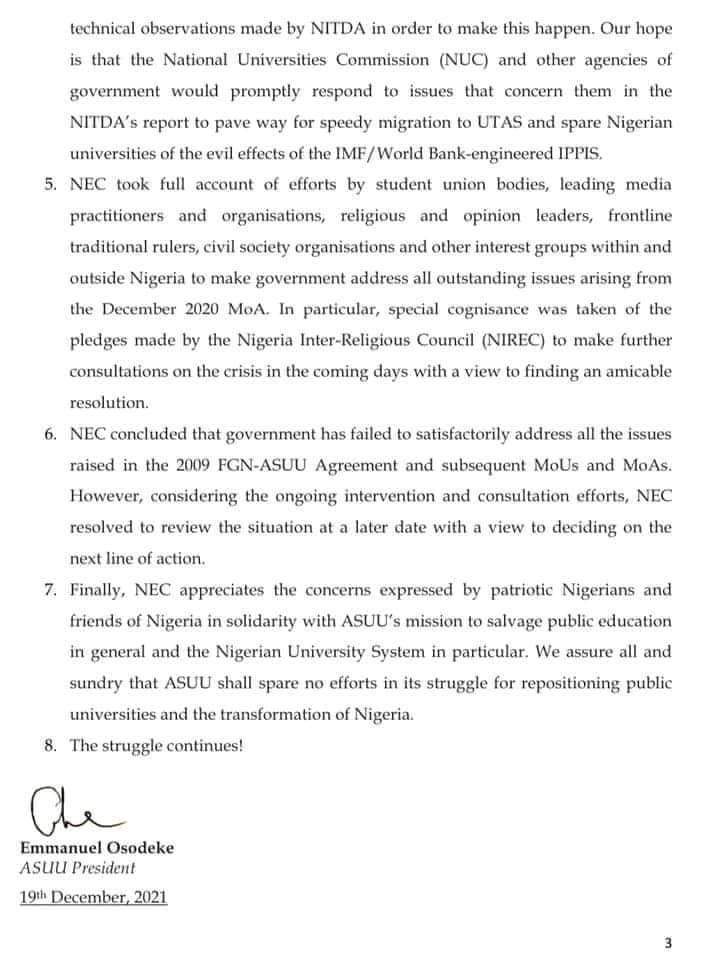 In conclusion , The National Executive Committee, NEC appreciates the concerns expressed by patriotic Nigerians and friends of Nigeria in solidarity with ASUU’s mission to salvage public education in general and the Nigerian University System in particular. We assure all and sundry that ASUU shall spare no efforts in its struggle for repositioning public universities and the transformation of Nigeria.
And finally emphasised; The struggle continues!